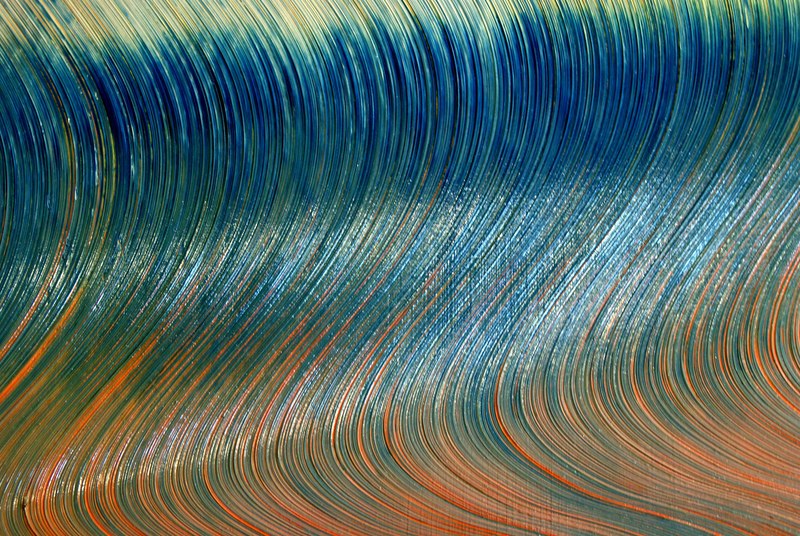 O’Farrell’s work is centred on the relationship between the making and experiencing of the art object. Primarily working as a painter, the work questions the boundary between painting and sculpture and the meeting between the viewer and the art object.

"My aim is to activate the viewer, making the experience of looking at painting more akin to that of looking at sculpture or architecture." I want to make the viewer feel the need to move around the canvas.

In the past, O’Farrell has used non-traditional materials, chalk, ash, clay and nonstandard art equipment including compressed air and builders tools. “I sometimes remove paint with a heat gun or with paint stripper or scratch it off.  I like the history of marks created. I especially like using paint “incorrectly” mixing water based and oil based paint together or putting household paint on too thickly so that it wrinkles and congeals.”

The making of the painting is like a private performance, with the bulk of the time in the studio given over to rehearsal on smaller canvases, preparation of the surface and cleaning up. Although the way I work is quite physical, gesture is pared down to one or two sweeps of the brush meaning that in some work the final image is created in one motion. The actual resolution of the image takes only moments. “Chance, O’Farrell says, plays a major role in the work and the results are unpredictable, I work on many different paintings concurrently and numerous canvases are unsuccessful and are recycled.” O’Farrell has made surfaces that are highly reflective, that invite the viewers’ attention whilst simultaneously refusing to reveal themselves entirely.

" I also want to be part of the painting debate. What can I do with paint that has not been done before and what relevance does painting have now in the digital age? I want the resulting image to appear familiar but unnameable, something that cannot quite be grasped."